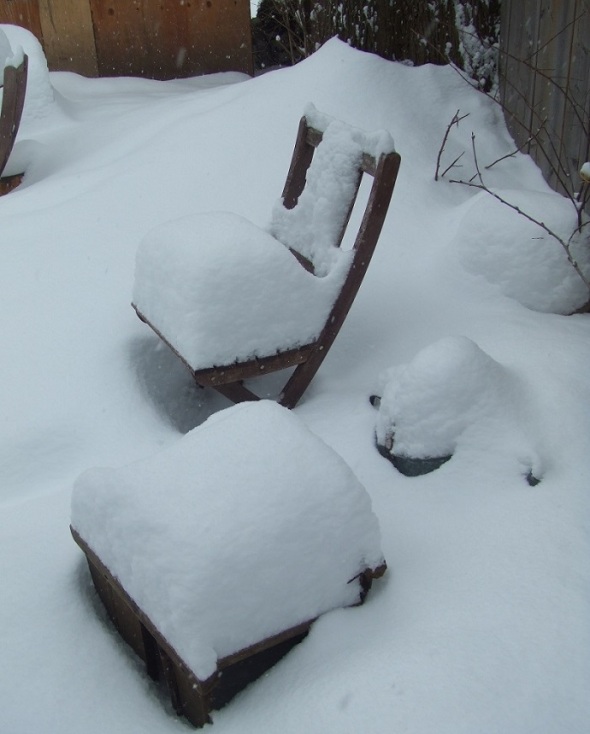 Though Zócalo Poets is a poetry site – mainly – we are unable to resist the urge to post a Favourites list. Not a list of poems but of musical recordings; some of these are Songs, and, therefore, related to Poetry in its origins…What’s not to love about such an undertaking?!

Our Favourite Albums list for Black History Month 2014 is by no means definitive, for Music, like Poetry, is a limitless lifetime’s discovery. But here at least are some “snowed-in” Bests for February in Toronto…

Art Tatum (1909-1956) was one of the greatest piano virtuosos of the twentieth century. His musical aptitude didn’t emerge from nowhere, however; his father Arthur and his mother Mildred were a guitarist and pianist together at Grace Presbyterian Church in Toledo, Ohio. From early childhood, Art Tatum’s perfect pitch and ability to play by ear got him a head start; he would come to touch the piano keyboard as if it were merely an extension of his fingertips. His main influences were James P. Johnson, Fats Waller, and Earl Hines. But Tatum goes beyond them all – great though they were. His first piano recordings, both from 1933, are breathtaking in their sophistication, ease, sensitivity, and light touch: “Tiger Rag” and “Tea for Two”. 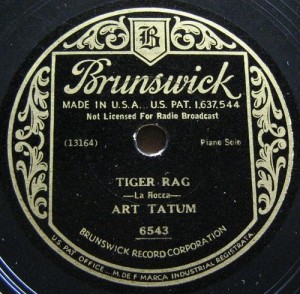 Since there is no one album for Billie Holiday in the 1930s – generally there were only individual 78 rpm records with one song per side during that era – we have chosen her 1938 recording of Ray Noble’s “You’re So Desirable”. The 23-year-old Holiday sings it just right. And it was during this period – her early years – that she did her best singing. She was billed as the vocalist for various popular orchestras of the day – and was among the first singers to become more of a draw in performance than the band itself. From the time she was 18 and made her first recorded song – “My Mother’s Son-in-law”(1933), and clear through till the end of the decade, in songs such as “Travelin’ All Alone”(1937) and “On the Sentimental Side”(1938), Billie sang in her own new way – cheerful, spritely, yet also kind of lost: dreamy and sad – and often about a quarter-beat behind the band’s beat.

Paul Robeson recorded “Trees”, a song adaptation of a terrifically popular 1913 poem by Joyce Kilmer, in 1938 when he was 40 years old. Robeson’s voice was the deepest – yet full of nuanced feeling for all its bass ballast. A magnificent singer.

And take a few minutes to research his ambitious and complicated life. Robeson was a man of integrity; he really put his money where his mouth was – and paid the price. 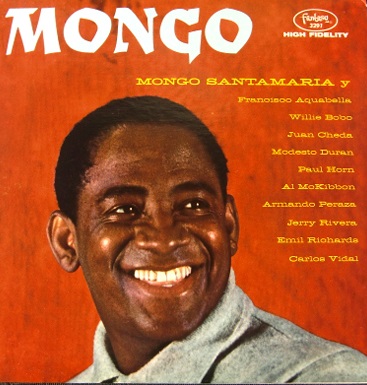 Nancy Wilson was 24 years old when she sang on this 1961 record, backed by George Shearing. To hear her sing “On Green Dolphin Street” is to hear young-smart-&-sophisticated. But in all that she sang from the 1960s – the pop standards, too – Wilson’s unique sound included a vocal clarity and precision unlike any other singer. The Song-Stylist to match!

Jackie Washington – born Juan Cándido Washington y Landrón in Puerto Rico but raised in Boston – was mainly known on the folk-music scene. He sang in English and in Spanish. This 1963 record includes “The Water is Wide” and “La Borinqueña”. A subtle and much under-rated singer. 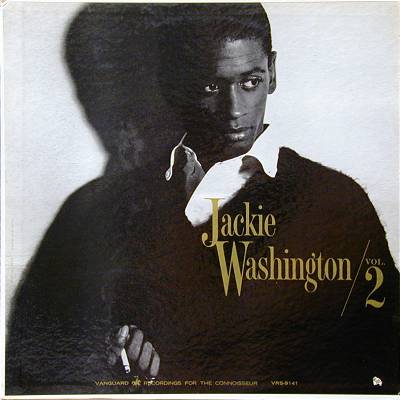 The John Coltrane Quartet recorded A Love Supreme in just one session, on December 9th, 1964. It is a four-part instrumental suite – complex jazz, both introspective and forthright. Personnel included: Jimmy Garrison, Elvin Jones, and McCoy Tyner. 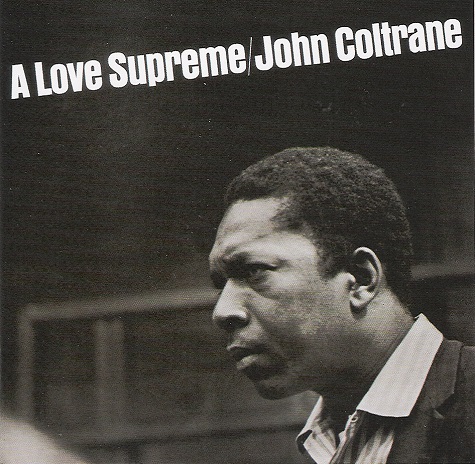 Wilson Pickett was one of the great R & B and Soul singers of the 1960s. And his earthy, rough and intense tone brings any lyric to life. The Exciting Wilson Pickett, from 1966, is 12 songs that play like jukebox Hits, many of them barely 2 and a half minutes long, and none more than 3 minutes. And how much time do you need anyway – when you’re the Wicked Pickett?

When Aretha Franklin recorded her first song, the brisk and bluesy “Maybe I’m a Fool” at the age of 18 in 1960, it was the beginning of a decade of superior-quality popular music from a young woman who quickly became one of the masterful song Interpreters of the 1960s. On Lady Soul, from 1967-68, Aretha sings two songs that show off her voice in different moods – and she gets ’em both exactly Right-ON. The telling-it-like-it-is“Chain of Fools” and Carole King’s “You Make Me Feel Like a Natural Woman” (Aretha’s version of this is the one.) The Lady Soul album included among the background vocalists Aretha’s sisters Carolyn and Emma, and Whitney Houston’s mother, Cissy. 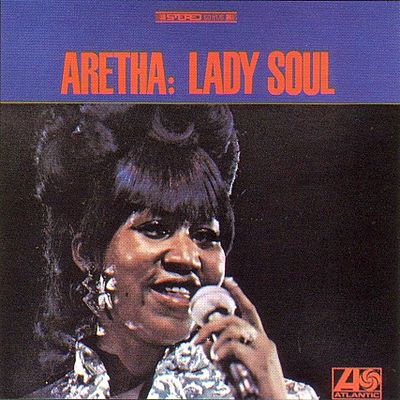 1969’s Outta Season! is all classic Blues from Ike and Tina Turner, with the addition of the old Spiritual “Sometimes I Feel Like a Motherless Child”. We agree with Nat Freedland’s appraisal of Tina Turner’s voice and presence from this period: “Tina is such a fine singer and such a superlative performer that any reaction less than adulation seems pointless.” (Billboard magazine, October 1971).

Roberta Flack & Donny Hathaway: In 1971-72 these two intensely-personal singers teamed up for an album that included soul, pop, and a powerful rendition of a 19th-century hymn, “Come, Ye Disconsolate”. 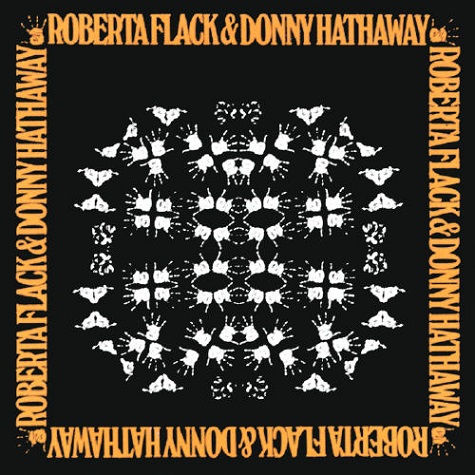 Al Green‘s 1972 album, I’m Still in Love with You: 35 minutes of exquisite Love Music. This was the Billboard chart #1 R.& B. album in December 1972, and Green’s pleading, confessional tone with a lyric makes you know why. Soul, Gospel, Pop, even a Country ‘feeling’ – all together as they rarely have been. “Love and Happiness”, “I’m Still in Love with You”, and “Look What You Done for Me” are standouts. 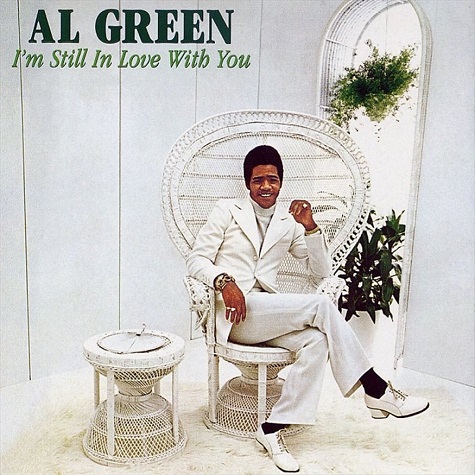 It’s hard to top Al Green’s album mentioned above – but Hedzoleh Soundz, an early 1970s combo. group from Ghana – with West African traditional and pop/rock musicians weaving into an Afro-Jazz sound – plus South African Hugh Masekela‘s trumpet sewing it all up – somehow DOES!

Bob Marley and The Wailers and the “I-Threes”, recorded live at The Lyceum in London, England, 1975. What can we say?  The standard setter for great first-generation Reggae. 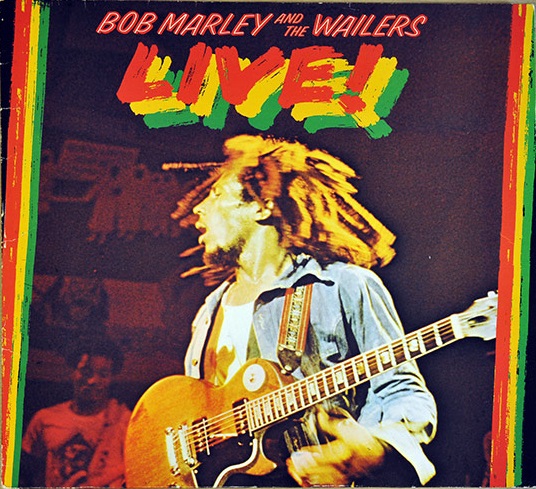 Esther Phillips has one of the best voices in recorded popular music – it may be too good, in fact.  Her voice’s number 1 quality is Real-ness, and your ass’s been song’d by the time the needle leaves the groove. She was versatile, too – blues, jazz, country, pop – you name it, her voice held it all.  Her 1972 version of Gil Scott-Heron’s “Home is Where the Hatred Is” is the definitive version of that disturbing drug-addiction cri-de-coeur (Phillips died at the age of 48, in 1984, after three decades of chronic hard-drug use.)   If you can find a copy, listen to “All the Way Down” from the album pictured here, 1976’s Capricorn Princess. 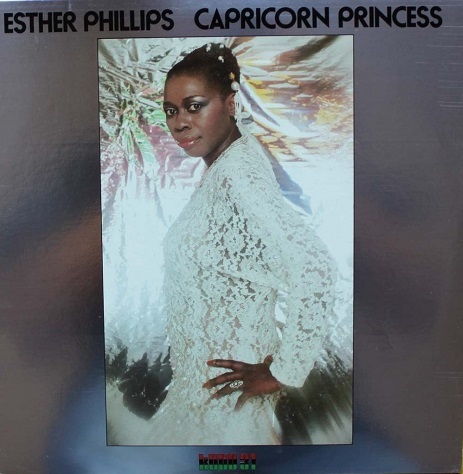 Evelyn “Champagne” King‘s debut album, Smooth Talk, was released in 1977. The 18 year old had been cleaning offices and producer T. Life overheard her singing. He coached the teenager and in no time she delivered perhaps the single best Disco song ever – “Shame”. 6 minutes and 37 seconds long, it was a group effort, of course; there were real horns, plus guitar, bass, a drummer, keyboards, clavinet, organ, and a half a dozen judiciously-placed background vocalists. But King was a singer who could sing – her voice has a rawness and delicacy all at once – in other words, real character. It’s instructive to listen to a song like “Shame” nowadays and, if you’re old enough, you’ll remember when such mid-tempo dance songs were commonplace and that the bass beat was rarely punchy or mixed too big and too far forward.  (Beware Remixes – such “pumped up” re-releases of quote-unquote Retro or Old-School dance numbers from a generation-or-more ago rob the songs of their integrity.) While many people made fun of Disco – even when it was “the trend” (approx.1976 – 1981) – it’s also true that too much of 21st-century Dance music (“Club” music) is pretty generic, features unmemorable voices, and requires a Video to make you believe you really Dig It. Are we showing our age here? Well, alright then.

Linda Clifford was given the full treatment for her 1979 Disco double-album, Let Me Be Your Woman: a cover portrait by Francesco Scavullo and an all-Woman centrefold (but classy!) when you flipped the jacket open. Clifford turns Simon and Garfunkel’s “Bridge Over Troubled Water” into the funky disco anthem it should always have been, complete with “talking drums”.  And “Don’t Give It Up” is 9 minutes of common-sense Rap – in its 1960s’ meaning: “keeping it real” and “having your say”. Clifford’s opening line: “Alright, Girls, come on now. We gonna have to git together and figure out what we gonna do with all these Men!”

“Balafon” and “Maracatu Atômico” from 1979 are examples of sweet-voiced Gilberto Gil‘s playful melding of Afro-Brazilian themes and rhythms with pop music – something so typically Brazilian. Brazil has the most variety musically of all countries on the planet; its musical inventiveness and hybrid vigour are unparalleled.

Jorge Ben, like his countryman Gilberto Gil, is restlessly creative on this 1981 album of Brazilian pop…

The Brothers Johnson‘s Blast! from 1982 contained the final great Disco track – “Stomp”. Yeah, it’s funky too, but make no mistake, this is Disco at its best, and a sexy, muscular last hurrah just as pop-music trends were veering off toward the self-conscious weirdness of New Wave.

The Pointer Sisters (Anita, June and Ruth) were a seasoned trio all in their thirties (fourth sister Bonnie struck out on her own in the late 1970s) by the time their 1983 album Break Out was released. Their strikingly-low alto voices combined with a synthesizer-dense instrumental made the song “Automatic” one of the quintessential 1980s tracks. The “12-inch” extended version of the song is an “Electro-Dance” classic of that decade. But it’s the Sisters’ rich, full vocals that really make the song.