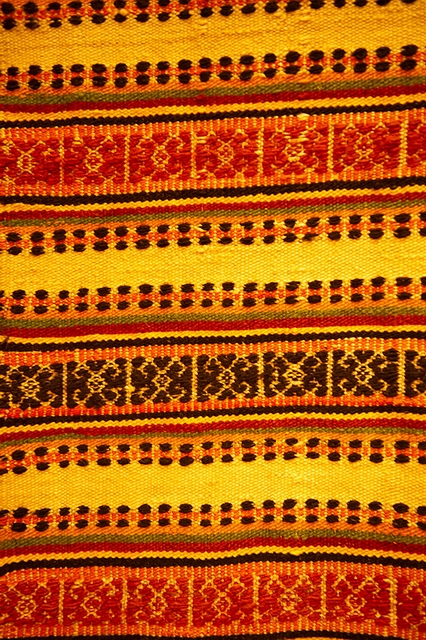 An Angel on My Shoulder

Along the edge of the world at night
in the light of the Lord’s candle
somebody is wandering alone
with an angel on his shoulder.

He’s walking towards nowhere, to non-return,
he’s walking lazily like a child,
and the gray pendulum of life
prods him from behind,

so he won’t roam at night
in the light of the Lord’s candle,
so he won’t ramble around
with an angel on his shoulder.

A whirling wind blows,
a pestilential Herod howls,
the pendulum is striking stronger,
the barely alive angel is moaning.

But he keeps going on and on,
though the candle’s no longer breathing,
just his lips quiver:
angel, don’t fall from my shoulder.

On a heap amidst thistles,
on coal, soggy from rains,
two angels dwell.

Near them a lovely infant,
and no one can guess
who’s guarding whom?

Is the infant guarding angels or
do white-winged ones watch the child,
leaping, aiming for heaven?

What can white angels do
on this black soil?  Crush coal
or weep into blue skies?

Each angel would carry the baby
into heaven’s garden any moment,
God does not will it . . .

On a heap of discarded Christmas trees,
and dirty orange peels,
on the frozen grass –

two angels and an infant
clutching a Christmas carol in its fist
– Christmas has gone.

gave up poetry ten years ago to devote himself

to writing children’s books in Ukrainian – and this

creative task he describes as “the noblest work”.

When Christmas imagery appears in his poetry he

yet a real love of Ukrainian tradition also comes through,

Translations from Ukrainian into English:

Michael M. Naydan  (An Angel on My Shoulder)