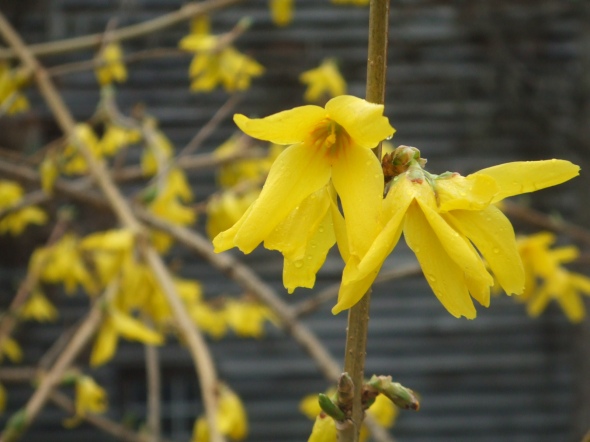 “A Rush”  by Sylvana Salmanpour

I draw a childhood dream

on a nascent memory.

I write in peace

so that the silky dream of the notebook

will not tear apart.

But the blooming words declare

the storm with bravery.

“Those Days”  by Fereshteh Sari

and wherever I felt unsafe

I gravitated into its eternal sanctuary.

there aren’t any rooms

that can harbour me against the crowd

and behind every window

inside and outside every room

“The Stone I become”  by Nasrin Ranjbar Irani

I do not grow or nurture

the stone, I become

I mask the spring’s mouth

I do not cry or distress others

The Rock, I become

that intrudes into the peaceful pond

Neither do I laugh nor do I want others to laugh

The stone, I become

the stone and I shatter the mirrors.

that I will be a stone again

an undeniable slash across the brow

But before these all

I want to be

and the spring rain…

Once and Only Once

Once and Only Once!

“Neither a Satellite nor the Internet”  by Pegah Ahmadi

A poem ambles across the wall

forever and a day

In the heart of the kitchen it spins,

spins on the porch

And when it returns

Neither a Satellite nor the Internet

I am not the universal Media

Nothing but a new leaf on this arid plant

Or the thought of a rendezvous

I am only a poem to brush your hair

A poem to pass through you!

“A Day without You”  by Nasrin Behjati

And I commenced my day

Without you or your name

I spilled you out of my tea

Out of my breakfast

And I didn’t nurture the plants…

so that I could witness your rage,

Your name from autumn

The autumn from the field

And the field from the poems,  I

I heaved you out of my memories and

the seasons and I walked to the mirror

To cut short the locks you loved so,

Alas!   In the mirror a sunflower reflected

I had become you!

from Persian (Farsi) into English by Sheema Kalbasi. 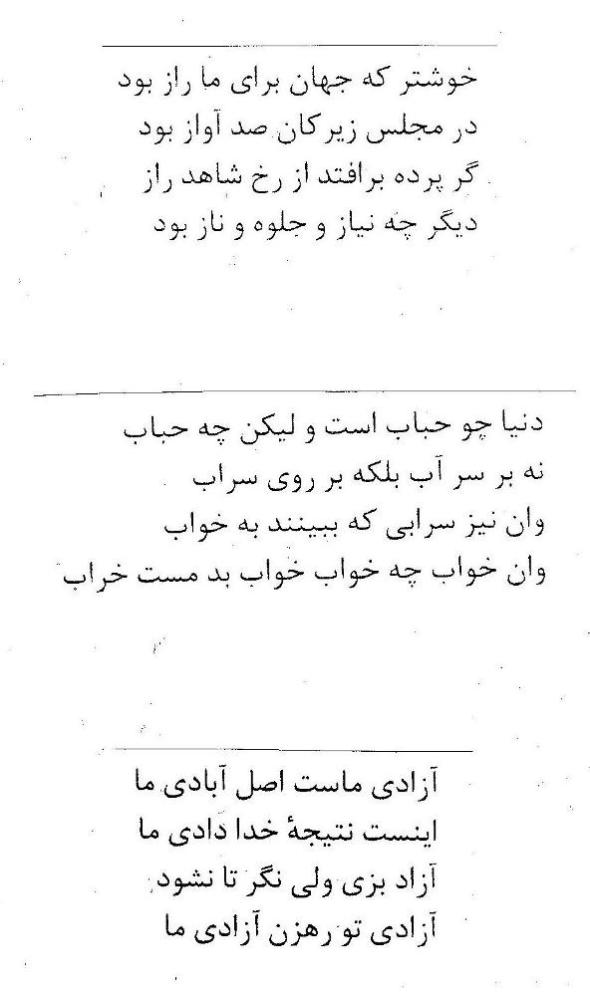 It is better that the world be a mystery for us,

Better that a hundred voices be in the assembly of the wise.

If the veil drops from the face of the mysterious Belovéd,

What more need will there be for supplication, glorification, and pride?

The world is like a bubble.   What kind of bubble?

A bubble, not on water, but on the surface of a mirage.

A mirage which is seen in a dream.

A dream which is seen by someone who is dead-drunk.

Our freedom is the principle of our development,

Which is the purpose intended by God.

Live freely, but be careful not to allow

Your freedom to be the brigand* of others’ freedom. 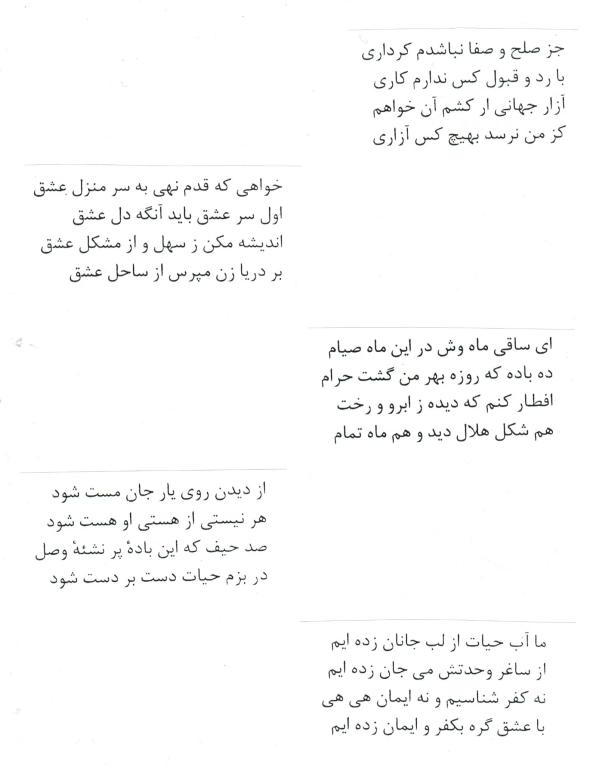 I do not do anything except with a pure and sincere heart.

I do not care for anyone’s approval or disapproval.

Even if I am hurt by the whole world,

I want no one to be hurt by me.

If you wish to step onto the road of love,

You must first have the mind for love, then the heart for it.

Think not of the comforts and difficulties of love.

Take to the sea and ask not where the shore is.

O moon-like Sâqi*, give me wine in this month of fasting.

For fasting became forbidden to me now.

Of your eyebrow and the full moon of your face.

often a handsome youth;  in Sufism, Sâqi is a spiritual master)

The spirit is intoxicated when it sees the belovéd’s face.

Any nonbeing becomes being – by his existence.

Goes from one hand to another in the feast of life.

I have drunk the water of life from my belovéd’s lip.

I have drunk the wine of spirit from the cup of unity.

I know neither disbelief nor belief.

I have tied belief and disbelief with the knot of love.

In the sphere of the sky, whose depth is invisible,

There is a cup from which everyone must drink in turn.

When your turn comes, do not sigh.

Drink it happily, for it is your turn to drink.

Time is ashamed of that person

Who sits lonely and grieves over days now past.

Drink wine from a glass to the sound of a harp

Before the glass smashes into a rock.

Yesterday I saw a jug-maker in the bazaar,

Who was treading a lump of clay, repeatedly,

While that clay told him in its own language: 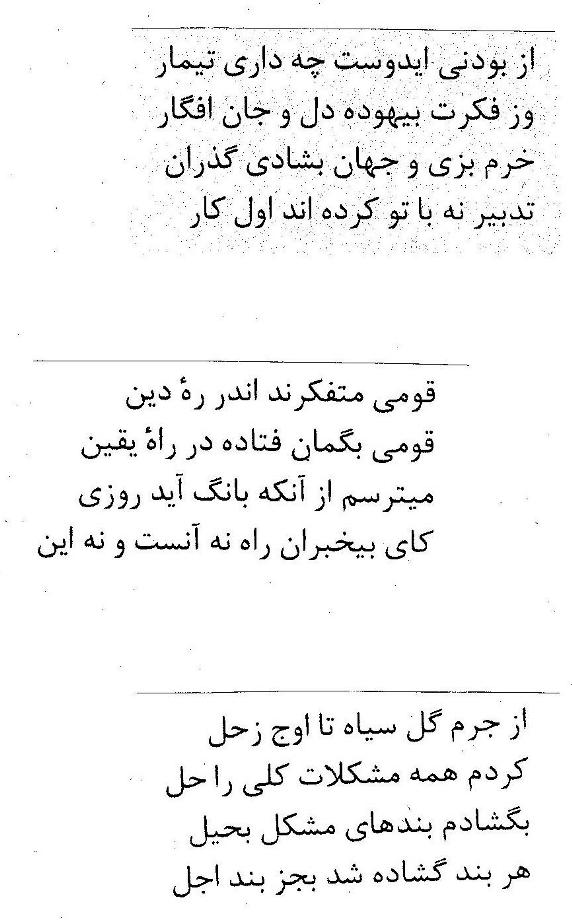 Why do you grieve over existence, my friend?

Why do you afflict your heart and soul with futile thoughts?

Live joyfully and spend your life happily in the world.

They did not consult you in the beginning anyway.

Some people are thoughtful about religion.

Others are suspicious of any conviction.

I am afraid one day a voice may call out:

” Oh ignorant ones,  the way is neither this nor that. “

From the nadir of the black mud to the zenith of Saturn,

I have solved all the major problems of being.

I untied many difficult knots, using many tricks.

Every knot I’ve opened, except the knot of death.

and is considered to be among the greatest of all the world’s poets.

He composed a thousand rubáiyát  (Persian-language quatrains) – brief poems in

four lines that touch upon Life’s big themes:  the love for the Belovéd (be it human and

amorous, or be it the love of God (Allah);   the meaning of Life;   Spirituality;

the mystery of Death.

Khayyám was a profoundly mystical thinker – Sufi and Muslim –

an astronomer and mathemetician who was also a poet.  People have interpreted

and mis-interpreted the meanings of his quatrains – 19th-century translator

Edmund FitzGerald most famously (yet beautifully) – but Khayyám’s voice – intelligent,

warm, vigorous, direct – speaks to all our human wonderings even now, 900 years

“down the road”.   The contemporary translations here, from Persian(Farsi) into English,

have been done with a simple, pleasing clarity by Reza Saberi. 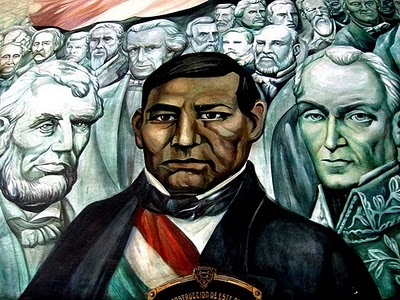 As President he began nation-wide reforms, including the promotion of a civil society

– this included the curtailment of the powers of the dominant Catholic Church.  He brought an end to

the Franco-Mexican War (“The Maximilian Affair”) of the 1860s, and his political movement,

La Reforma, though interrupted by the sometimes-regressive presidency of Porfirio Díaz, is

clearly viewed as the first push toward modernization of Mexico’s economy, politics, and society. 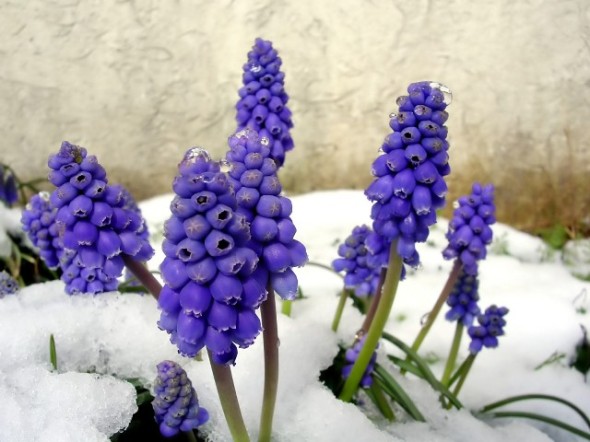 When I started up out of sleep

it was just the beginning of spring 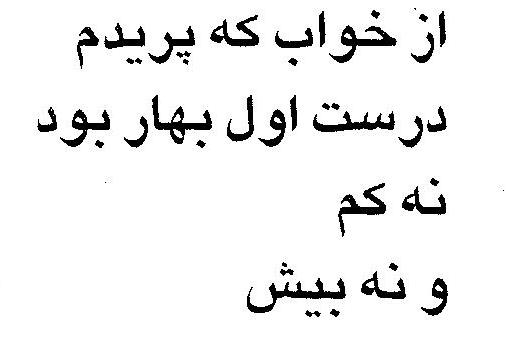 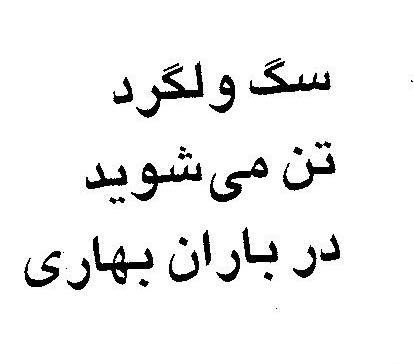 Your life will become radiant through love.

You will become spirit from head to toe through love.

When the spring wind of love comes into motion,

Any branch which is not dry –  starts dancing ! 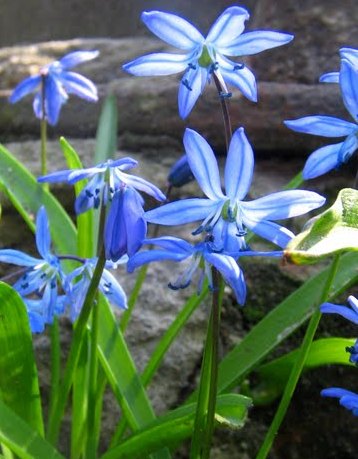 The early-early spring it was,

new blades of grass peered forth,

and the woods were of transparent green.

The shepherd’s horn at break of day

was yet unheard in the village;

in spikes of laces furléd.

Early-early spring it was –

white gleamed from the silver birch-trees –

– and then I beheld thine eyes to smile

from under lowered eyelids…

Was it in answer to my love

And tears came to my eyes

As I adored thy features…

It was in early-early spring –

in this morning of our life,

No words can do it justice—none!

How loud, at noontide, runnels in the gulley

Spin their silvery skeins against the stones!

Birdsong trembles in the ether, fades;

Rye is greenly sprouting in the field—

And soft a gentle voice is singing:

“Another spring, and you alive to greet it!”

She used the hearty thou, by chance,

Instead of you, so stiff and formal,

Arousing happy dreams at once

Inside my loving heart and soul.

I’m standing speechless in a glow

I tell her:   you are charming, really!

I think inside:  I love thee so!

Oh what a lovely, happy day!

There’s love, the sun, the plain!

The shadows all have gone away

My heart is light again.

Wake up, you groves and fields, and see

That all is filled with life!

She’s mine! – my heart is telling me,

She’s mine, and all is live.

Why do you, little swallow cling

Onto to my windowpane?

Perchance, you sing about the spring

It is my heart who’s telling me:

She’s mine, oh yes she’s mine!

Mohammad-Taqí Bahār: “Rid the heart of darkness” – a poem for Nowruz

Posted: March 19, 2012 | Author: Zócalo Poets | Filed under: English | Comments Off on Mohammad-Taqí Bahār: “Rid the heart of darkness” – a poem for Nowruz 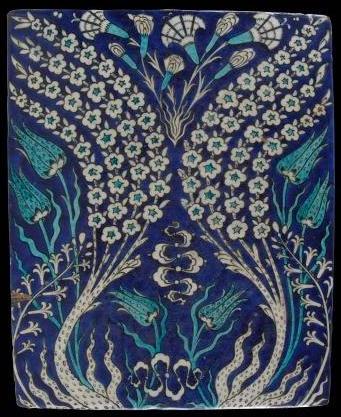 Blossoms are blooming – all except mine.

I heard from the lips of a lily today:

Do not sing the seven illusions this New Year’s Eve **, I beg thee:

The seven symbols make:  of serene “sabzeh”, of scented “sonbol” and sweet “seeb”;

Send the seven symbols to the table of a lover.

Toss the seven illusions toward the door of an ill-wisher.

Eventually this shadow-night will turn to brightness.

Carry out the New Year traditions and, God willing,

Bring back that feeling of excellent beginnings !

“senjed” – fruit of the mountain-ash tree, or red date, a.k.a.  jujube

First Day of Spring – March 20th this year.  It is known as

Nowruz – “New Day”.  Nowruz is pre-Islamic in origin, and is

celebrated by the Kurdish people as well. 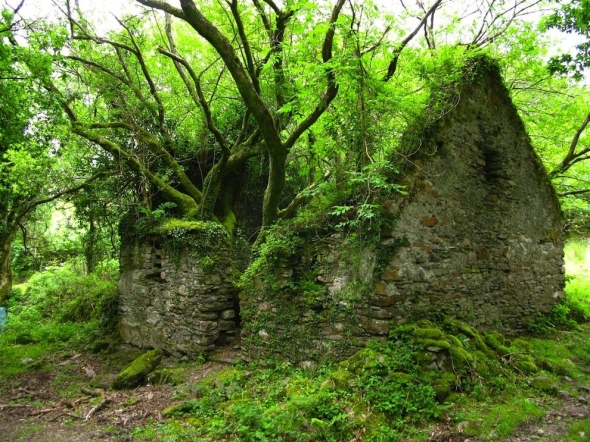 Some days, let’s admit it,

of rallying to her defence

I weary of being rooted

here by her bedside

that has been violated

wishing the life back into her again

And when I see

there will be nothing left

No, no estoy tan deprimido que

me hizo feliz verle a usted,

“A Matter of Some Regret”

No, I’m not so depressed

That would be an exaggeration.

gladdened at the sight of you,

there’s a taste of stout

Translation from Irish into English:

y a mi casi me aplastan

above the jingle jangle

it was a fish

in a shallow vessel

A woman watching it

bulging to the brim

Translation from the Irish: Gabriel Rosenstock

the Corrib* broke its banks

a pool under the Arch

the sky threatened this morning

and I was almost flattened

at a red traffic light

on a low wall,

hurt in his eyes.

in his arms was a swan,

a black sack around her,

a bright red wound on her white neck.

Translation from the Irish:  by the poet herself.

Ailbhe Ní Ghearbhuigh’s first collection of poetry, Péacadh, was published in 2008.  She has read poetry in Montréal, New York, Paris and Baile an Fheirtéaraigh.  She was raised speaking Irish and English, but writes in Irish only as she thinks it’s a more exciting language.

Translations from English into Spanish: 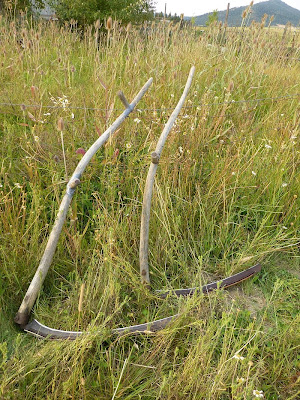 with the scything stone

a child would make fragments of it.

only the fragments of memory.

you emerged flowering though my breasts,

and your every kiss was the sweetest sting,

You made honey in my navel,

but the greatest sting went between my legs.

with words so gentle.

and all my sweetness you drank.

My body is speckled now with blue-red stings,

and dappled all over with love and hate bites.

You thrust your bee-sting into me,

and your drone still fills my brain.

The poet  tells us:

“The ‘musics’ of Irish and English are different…In Irish you can hear the sea, the mountains,you can hear echoes of loss.  I’m not saying you can’t hear these in English – just that Irish is more musical, less clinical. English has been described by some Irish speakers as the language to sell pigs in – I think that’s too harsh.  I think in the way we speak English in Ireland you can hear the longing for Irish.  Irish is more elemental, earthy, more natural in a way – a language greatly wounded and for that reason maybe closer to the body and emotion – for me as a poet.”

Translations from Irish to English:

by the poet herself.

Translations from English into Spanish /