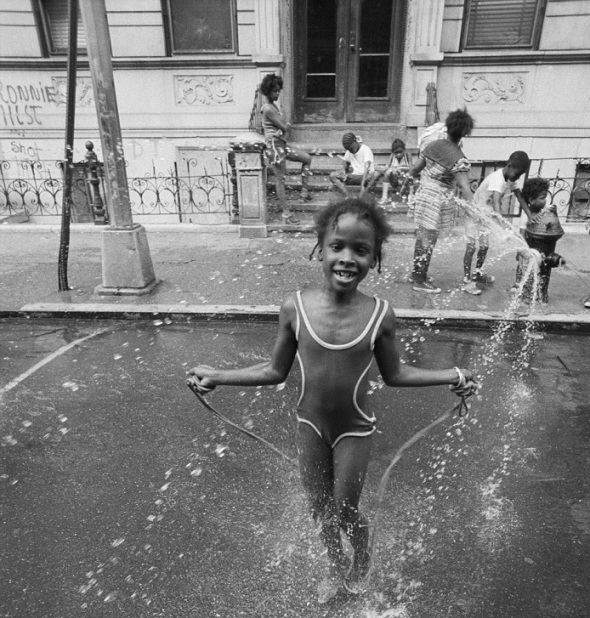 The first Nigerian movie I ever watched, in early 2000—whose title I’ve long forgotten—featured a woman casting a spell on a man, bottling him, so to speak, so that he was at the woman’s mercy, doing whatever she wanted. I remember thinking, ok, she’s got her man under control, but is she happy to see another life helplessly and hopelessly at her beck and call? Wouldn’t she be better off with someone who can use his mind, body and spirit without the influence of mojos? There was this undersized image of the man speaking from a bottle, a constant reminder of perspective to the audience. Towards the end of the movie the man was released—after a series of other rituals and prayers to break the spell. Ki Nigeria movies infused with witchcraft, superstition, religious fundamentalism, jealousy and the desire to be loved have been part of popular culture across Africa, and have made Nollywood a booming industry. It’s a common thing to say in Uganda, for example, that ‘someone is bottled’ or ‘she put him in a bottle’ if the “he or she” is constantly responding to another’s demands in the name of what’s ridiculously painted as “love”. Harriet Kisakye, a Ugandan musician, dramatizes this bottling practice with a popular Luganda song about ‘putting the man in a bottle,’ Omusajja omutekka mucupa Ki Nigeria style, if one is to have a peaceful, happy home and minimize infidelity. I’ve listened to the song a number of times and I cannot tell whether Kisakye is being ironic or suggesting a potential “creative solution” to marital cheating.

Either way, it goes without saying that bottling a man, a person, no matter how you look at it, is about power and control. Ki Nigeria movies are predictable, full of melodrama, and most important: they speak of the times—Africa in the grip of fundamentalism, fusing the world of old magic with the new Christian miracles, the ancient and modern coming together once more.

Reading “Bottled” by Helene Johnson reminds me of the times in which the poem came into being—1927 and The Harlem Renaissance:  African-American experience echoing the African continent, improvising and fusing jazz-like rhythms to provide an accurate picture and position of the taken, captured, dominated, subdued and shelved—and also the release, transcendence, freedom, dance and beauty in triumph.

There’s all the weight one can imagine in the line: This sand was taken from the Sahara desert. The bottle of sand is placed on the third floor of the 135th street Library in Harlem. At first, one might say, nice decoration, what an important place to be; in a library, who wouldn’t want that?, especially for people who like libraries. But no, oh, no, to think that Some bozo’s been all the way to Africa to get some sand is rather disturbing. So the sand isn’t just sand. The symbolism is significant and cannot be treated lightly. We can’t help but analyze/appreciate the signifier and signified. In addition, place (Library, the Sahara) and history (past and contemporary) are equally crucial.

Further along in the poem, the darky dressed flamboyantly on Seventh Avenue forgets everything and starts to dance the moment he hears the music of the organ. Not only is he given movement, but also his face shines. He is ‘happy, dignified and proud.’ The music is the vehicle that transports him elsewhere: Home. The crowd kept yellin’ but he didn’t hear, just kept on dancin’ and twirlin’… He’s not really on Seventh Avenue anymore. This kind of reimagining was necessary for the people of Harlem, African-Americans who had to think of ways to transcend slavery and where it had placed them in society. Can one comfortably say they invented Jazz as one of those ways? Yes. The influence was Africa, its rhythms and echoes, the beats blending with an incessant need to recreate and experience something in the past that was both beautiful and authentically African. Uncorrupted. Untainted. Helene Johnson weaves this need and transportation in her narrative poem so well: And somehow, I could see him dancin’ in a jungle/A real honest-to cripe jungle, and he wouldn’t leave on them/Trick clothes-those yaller shoes and yaller gloves/And swallowtail coat. He wouldn’t have on nothing/And he wouldn’t be carrying no cane/He’d be carrying a spear with a sharp fine point…

Towards the end of the poem, the ‘bottled man and his shine’ find release via imagination. The ability to be creative and resourceful was at the core of the Harlem Renaissance, why it was a renaissance, and why African-American writers were able to liberate their minds, bodies and souls that were once captured and shelved.

Upstairs on the third floor
Of the 135th Street Library
In Harlem, I saw a little
Bottle of sand, brown sand,
Just like the kids make pies
Out of down on the beach.
But the label said: “This
Sand was taken from the Sahara desert.”
Imagine that! The Sahara desert!
Some bozo’s been all the way to Africa to get some sand.
And yesterday on Seventh Avenue
I saw a darky dressed to kill
In yellow gloves and swallowtail coat
And swirling at him. Me too,
At first, till I saw his face
When he stopped to hear a
Organ grinder grind out some jazz.
Boy! You should a seen that darky’s face!
It just shone. Gee, he was happy!
And he began to dance. No
Charleston or Black Bottom for him.
No sir. He danced just as dignified
And slow. No, not slow either.
Dignified and proud! You couldn’t
Call it slow, not with all the
Cuttin’ up he did. You would a died to see him.
The crowd kept yellin’ but he didn’t hear,
Just kept on dancin’ and twirlin’ that cane
And yellin’ out loud every once in a while.
I know the crowd thought he was coo-coo.
But say, I was where I could see his face,
.
And somehow, I could see him dancin’ in a jungle,
A real honest-to cripe jungle, and he wouldn’t leave on them
Trick clothes-those yaller shoes and yaller gloves
And swallowtail coat. He wouldn’t have on nothing.
And he wouldn’t be carrying no cane.
He’d be carrying a spear with a sharp fine point
Like the bayonets we had “over there.”
And the end of it would be dipped in some kind of
Hoo-doo poison. And he’d be dancin’ black and naked and

Gleaming.
And He’d have rings in his ears and on his nose
And bracelets and necklaces of elephant’s teeth.
Gee, I bet he’d be beautiful then all right.
No one would laugh at him then, I bet.
Say! That man that took that sand from the Sahara desert
And put it in a little bottle on a shelf in the library,
That’s what they done to this shine, ain’t it? Bottled him.
Trick shoes, trick coat, trick cane, trick everything-all glass-
But inside-
Gee, that poor shine! 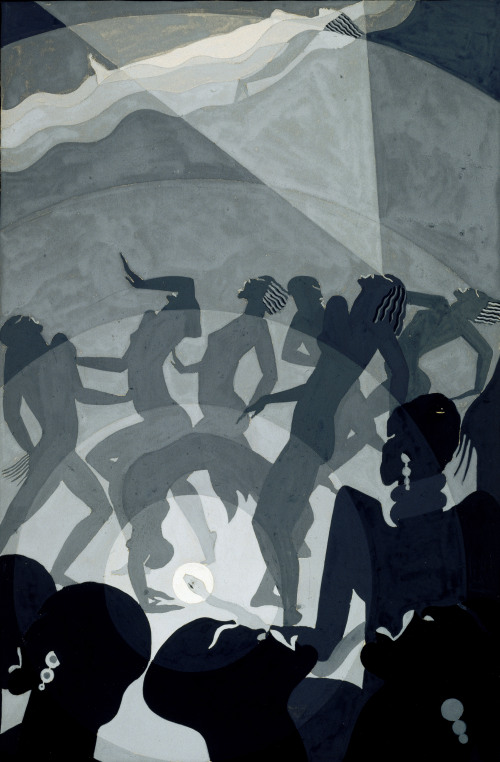 Helene Johnson (1906-1995) was born in Boston (Brookline) to parents whose roots were in South Carolina and Tennessee. Her maternal grandparents had been born into slavery. At the age of 20 Johnson moved to New York City with her cousin – later to become the novelist Dorothy West. For a time, the two sublet the apartment of Zora Neale Hurston. Johnson’s poems were published in the journal Opportunity, and one was included in the famous 1926 one-issue avant-garde journal Fire!! A Quarterly Devoted to the Younger Negro Artists, edited by Wallace Thurman. A mere three dozen of Johnson’s poems were ever printed, most in journals and magazines of the 1920s and 30s. Her fresh point of view did not go unnoticed. A reviewer at the time said of Johnson that she “has taken the ‘racial’ bull by the horns. She has taken the very qualities and circumstances that have long called for apology or defence and extolled them in an unaffected manner.”

Helene married William Warner Hubbell in 1933 and they had one daughter, Abigail. The last published poem by Johnson – “Let me sing my song”– appeared in 1935 in the journal Challenge whose editors were West and Richard Wright. Famously reclusive, the Johnson of later years yet still wrote poems, only she kept them to herself. Verner D. Mitchell’s biography of the poet, This Waiting for Love, published in 2000, brought to light thirteen “new” poems by Johnson, and one from 1970 entitled “He’s about 22, I’m 63”, shows that her sense of humour had remained intact despite a jealously guarded privacy.

A black woman writer was an uncommon person back in the 1920s; Helene Johnson “defied the odds and put pen to paper when the century was young.”*