← Nowruz Mubarak – Happy Persian New Year! Quotations from Saadi, Barbara Sher, Ahmad Shamlu, and Article 1!
“Once upon a time, there were no stories in this world…” Toronto Storytelling Festival: March 19th-29th, 2015 → 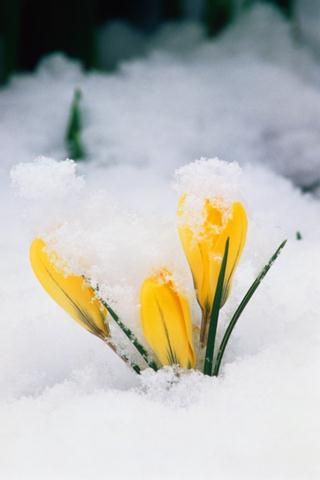 Philip Larkin (1922-1985)
First Sight
.
Lambs that learn to walk in snow
When their bleating clouds the air
Meet a vast unwelcome, know
Nothing but a sunless glare.
Newly stumbling to and fro
All they find, outside the fold,
Is a wretched width of cold.
As they wait beside the ewe,
Her fleeces wetly caked, there lies
Hidden round them, waiting too,
Earth’s immeasurable surprise.
They could not grasp it if they knew,
What so soon will wake and grow
Utterly unlike the snow.
. . .
Katharine Mansfield (1888-1923)
Very Early Spring
.
The fields are snowbound no longer;
There are little blue lakes and flags of tenderest green.
The snow has been caught up into the sky–
So many white clouds–and the blue of the sky is cold.
Now the sun walks in the forest,
He touches the bows and stems with his golden fingers;
They shiver, and wake from slumber.
Over the barren branches he shakes his yellow curls.
Yet is the forest full of the sound of tears….
A wind dances over the fields.
Shrill and clear the sound of her waking laughter,
Yet the little blue lakes tremble
And the flags of tenderest green bend and quiver.
. . .
Ryōkan Taigu (Zen Buddhist monk, Japan, 1758-1831)
First Days of Spring
.
First days of Spring…
the sky is bright blue, the sun huge and warm.
Everything’s turning green.
Carrying my monk’s bowl, I walk to the village
to beg for my daily meal.
The children spot me at the temple gate
and happily crowd around,
dragging on my arms till I stop.
I put my bowl on a white rock,
hang my bag on a branch.
First we braid grasses and play tug-of-war,
then we take turns singing and keeping a kick-ball in the air:
I kick the ball and they sing, they kick and I sing.
Time is forgotten, the hours fly.
People passing by point at me and laugh:
“Why are you acting like such a fool?”
I nod my head and don’t answer.
I could say something – but why?
Do you want to know what’s in my heart?
From the beginning of time: just this! just this!
. . . . .