← Love poems, Blues poems – from The Harlem Renaissance
From The Black Patti to Mamie Smith → 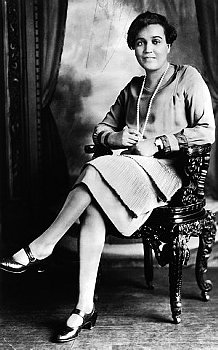 ZP_Jessie Redmon Fauset was literary editor for The Crisis from 1918 to 1927.

ZP_Gwendolyn Bennett at her typewriter. She contributed to the academic journal Opportunity, had a story included in the infamous one-issue Fire! and her 1924 poem To Usward was “a rallying cry to the New Negro”.

And who shall separate the dust

What later we shall be:

Whose keen discerning eye will scan

And solve the mystery?

The high, the low, the rich, the poor,

The black, the white, the red,

And all the chromatique between,

Of whom shall it be said:

Here lies the dust of Africa;

Here are the sons of Rome;

Here lies the one unlabelled,

The world at large his home!

Can one then separate the dust?

When life has settled back again

The same as from the start?

“I can remember when I was a little young girl, how my old mammy would sit out of doors in the evenings and look up at the stars and groan,

and I would say, ‘Mammy, what makes you groan so?’ And she would say, ‘I am groaning to think of my poor children;

Helene Johnson (1906-1995) was just that much younger than the other women poets,

plus an embracing of colloquial speech and Jazz rhythm is evident in the following poem, “Bottled”, which she wrote at the age of 21.

Upstairs on the third floor
Of the 135th Street Library
In Harlem, I saw a little
Bottle of sand, brown sand,
Just like the kids make pies
Out of down on the beach.
But the label said: “This
Sand was taken from the Sahara desert.”
Imagine that! The Sahara desert!
Some bozo’s been all the way to Africa to get some sand.
And yesterday on Seventh Avenue
I saw a darky dressed to kill
In yellow gloves and swallowtail coat
And swirling at him. Me too,
At first, till I saw his face
When he stopped to hear a
Organ grinder grind out some jazz.
Boy! You should a seen that darky’s face!
It just shone. Gee, he was happy!
And he began to dance. No
Charleston or Black Bottom for him.
No sir. He danced just as dignified
And slow. No, not slow either.
Dignified and proud! You couldn’t
Call it slow, not with all the
Cuttin’ up he did. You would a died to see him.
The crowd kept yellin’ but he didn’t hear,
Just kept on dancin’ and twirlin’ that cane
And yellin’ out loud every once in a while.
I know the crowd thought he was coo-coo.
But say, I was where I could see his face,

And somehow, I could see him dancin’ in a jungle,
A real honest-to cripe jungle, and he wouldn’t leave on them
Trick clothes-those yaller shoes and yaller gloves
And swallowtail coat. He wouldn’t have on nothing.
And he wouldn’t be carrying no cane.
He’d be carrying a spear with a sharp fine point
Like the bayonets we had “over there.”
And the end of it would be dipped in some kind of
Hoo-doo poison. And he’d be dancin’ black and naked and

Gleaming.
And He’d have rings in his ears and on his nose
And bracelets and necklaces of elephants teeth.
Gee, I bet he’d be beautiful then all right.
No one would laugh at him then, I bet.
Say! That man that took that sand from the Sahara desert
And put it in a little bottle on a shelf in the library,
That’s what they done to this shine, ain’t it? Bottled him.
Trick shoes, trick coat, trick cane, trick everything-all glass-
But inside –
Gee, that poor shine!

ZP_Youngsters playing in the street_an undated photograph from 1920s Harlem 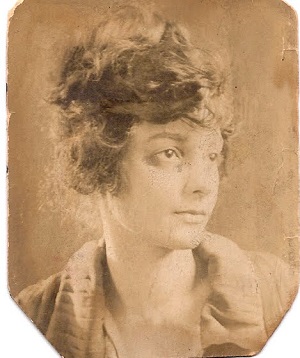 ZP_Regina Anderson 1901-1993, Librarian at the 135th Street Harlem branch of the New York Public Library, playwright, and midwife to The Harlem Renaissance

W. E. B. Du Bois (1868-1963) was a sociologist and civil-rights activist. He co-founded The National Association for the Advancement of Colored People in 1909, and its monthly current-affairs journal, The Crisis – A Record of the Darker Races, which included poems, reviews and essays, was published from 1910 onward. Du Bois, as the editor of The Crisis, stated: “The object of this publication is to set forth those facts and arguments which show the danger of race prejudice, particularly as manifested today toward colored people. It takes its name from the fact that the editors believe that this is a critical time in the history of the advancement of men. Finally, its editorial page will stand for the rights of men, irrespective of color or race, for the highest ideals of American democracy, and for reasonable but earnest and persistent attempts to gain these rights and realize these ideals.”