← “They now gonna make us shut up”: The Black Nationalist / Third-World Socialist poetry of Amiri Baraka
Langston Hughes: “Montage of a Dream Deferred” → 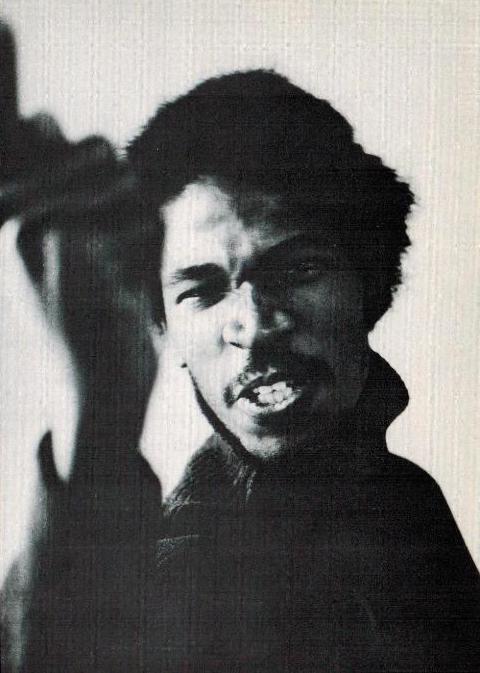 When jesus blow up

or blast nixon down

when jesus turn out congress

or bust general motors to

when jesus get down

when jesus get out his yellow lincoln

he get bad enough to at least scare

somebody – cops not afraid

of jesus shit they makin money

do, when toure does

when the cross replaces Nkrumah’s

Jesus need to hurt some a our

enemies, then we’ll check him

out, all that screaming and hollering

jesus, jesus, in a red

got a goose egg ruby

jesus at the Apollo

jesus  w/his one eyed self

jesus need to be busted

jesus need to be thrown down and whipped

till something better happen

jesus aint did nothin for us

but kept us turned toward the

sky (him and his boy allah

too, need to be checkd out!)

and blow up abernathy robotin

jesus need to be busted

we ain’t gonna worship nobody

but niggers getting up off

unless he just a tricked up

need to worship yo self fo

out his spooky brother

allah while you heavy

cause we ain gon worship jesus

not till he do something

not till he help us

not till the world get changed

and he ain, jesus ain, he cant change the world

we can change the world

we can struggle against the forces of backwardness, we can

we can struggle against our selves, our slowness, our connection

the oppressor, the very cultural aggression which binds us to

we can change the world

xcept in song and story except in ritual and dance, except in

tears or trillion dollar opulence stretching back in history, the

of the oppression of the human mind

we worship the strength in us

we worship our selves

we worship the light in us

we worship the warmth in us

we worship the world

we worship the love in us

we worship our selves

we worship the life in us, and science, and knowledge, and

of the visible world

but we aint gonna worship no jesus

we aint gonna legitimize the witches and devils and spooks and

sing about life, not jesus

sing about revolution, not no jesus

sing about creation, our creation, the life of the world and

nature how we struggle to transform it, but dont victimize our

stop moanin about jesus, stop sweatin and crying and stompin

and dyin for jesus

change hands.  And lets not call that jesus, get a quick

lets damn sure not call that black fire muscle

wachanga, but we not gon call it jesus, and not gon worship

jesus out yr mind.  Build the new world out of reality, and new

we come to find out what there is of the world

to understand what there is here in the world!

to visualize change, and force it.

You did alright in your day, I reckon –

But that day’s gone now.

They ghosted you up a swell story, too,

The popes and the preachers’ve

Made too much money from it.

They’ve sold you too many

Even to the Tzar and the Cossacks,

Even to Rockefeller’s Church,

You ain’t no good no more.

Till you’ve done wore out.

Beat it on away from here now.

Make way for a new guy with no religion at all –

Go ahead on now,

You’re getting in the way of things, Lord.

And please take Saint Gandhi with you when you go,

Of the Consecrated Dime.

And step on the gas, Christ!

Don’t be so slow about movin’!

The world is mine from now on –

And nobody’s gonna sell ME

To a king, or a general, 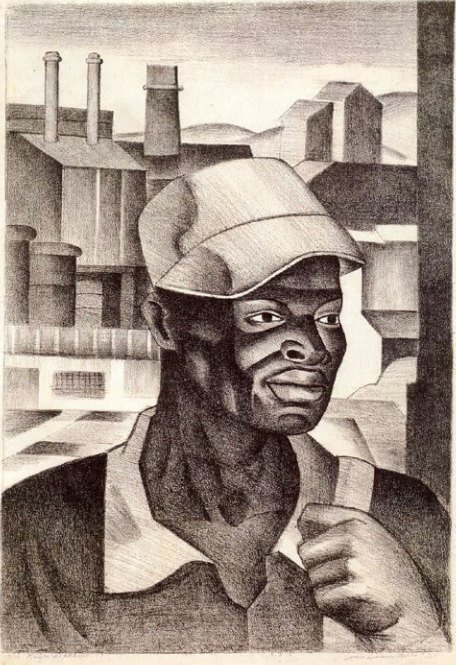 God slumbers in a back alley

With a gin bottle in His hand.

Come on, God, get up and fight

I am so tired of waiting,

For the world to become good

And beautiful and kind.

Let us take a knife

And cut the world in two –

And see what worms are eating

To a strong thin reed

With a piercing tip

To match my need.

To a tensile wire

To derrick the stones

Of my problems higher.

Then simmer me slow

In the freedom cup

Till only an essence

Is left to sup.

May that essence be

The black poison of me

To give the white bellies

It may seem curious to place Langston Hughes on the same page with Amiri Baraka yet these two strikingly different poets do intersect.  Both wrote passionate and angry poems about Jesus Christ – about belief in Jesus Christ – during periods when each was exploring elements of one of those other great world religions:  Socialism/Communism.

Though the life lived by Hughes appears to have been more conservative and/or Bohemian-Establishment than Baraka’s, Hughes’ conventional rhyming verse poetry shows real guts.  The poem “Goodbye, Christ” haunted Hughes, being re-printed and circulated by zealously orthodox American Christians , becoming a thorn that pierced Hughes’ side from 1940 onward when the FBI put the poet under surveillance for alleged Communist activity.  He was denounced as a communist by a U.S. senator in 1948 and was subpoena’d in 1953 to appear before Senator Joseph McCarthy’s subcommittee on subversive “un-American” activities.  It “exonerated” him because it couldn’t link him to anyone juicy to nail.  Though Hughes had been involved in Leftist politics – his “turning” came after a trip to Haiti in 1931 (followed by visits to Moscow in 1932-33 and Spain in 1937) – he was never a member of any Socialist or Communist party organization.

We have included what is believed to be one of the last poems Langston Hughes wrote before he died in 1967:  “Bitter Brew”.  In miniature it quick-sketches the emotional and psychological geography for the new-angry Black America that an up-and-coming LeRoi Jones/Amiri Baraka would map out in greater detail…