← Indigenous Modern: the art of Doug Cranmer (Kesu’) / Truths of The Kwakʼwala-Speaking Peoples
Itee Pootoogook (1951-2014): A Tribute in Poems →

Jacob Nibenegenesabe_a poem from The Wishing Bone Cycle: Narrative Poems from the Swampy Cree Indians_Translated by Howard A. Norman, 1976

Swampy Cree /ᓀᐦᐃᓇᐍᐏᐣ (which has sometimes been known as Maskekon, Omaškêkowak, or anglicized as Omushkego) is a variety of the more widespread Algonquian language – Cree.  Swampy Cree has been spoken in Northern Manitoba, central to northeast Saskatchewan, and along the coast of Hudson Bay and James Bay in Northern Ontario. Approximately thirty years ago Swampy Cree had about 4500 native speakers; that number may be as low as 100 today (2014).

.
One time I wanted two moons
in the sky.
But I needed someone to look up and see
those two moons
because I wanted to hear him
try and convince the others in the village
of what he saw.
I knew it would be funny.
So, I did it.
I wished another moon up!
There it was, across the sky from the old moon.
Along came a man.
Of course I wished him down that open path.
He looked up in the sky.
He had to see that other moon!
One moon for each of his eyes!
He stood looking
up in the sky
a long time.
Then he suspected me, I think.
He looked into the trees
where he thought I might be.
But he could not see me
since I was disguised as the whole night itself!
Sometimes
I wished myself into looking like the whole day,
but this time
I was dressed like the whole night.
Then he said,
“There is something strange
in the sky tonight.”
He said it out loud.
I heard it clearly.
Then he hurried home
and I followed him.
He told the others, “You will not believe this,
but there are ONLY two moons
in the sky tonight.”
He had a funny look on his face.
Then all the others began looking into the woods.
Looking for me, no doubt!
“Only two moons, ha! Who will believe you?
We won’t fall for that!” they all said to him.
They were trying to send the trick back at me!
That was clear to me!
So, I quickly wished a third moon up there
in the sky.
They looked up and saw three moons.
They had to see them!
Then one man
said out loud, “Ah, there, look up!
up there!
There is only one moon!
Well, let’s go sleep on this
and in the morning
we will try and figure it out.”
They all agreed, and went in their houses
to sleep.
I was left standing there
with three moons shining on me.
There were three . . . I was sure of it.

.
One time
all the noises met.
All the noises in the world
met in one place
and I was there
because they met in my house.
My wife said, “Who sent them?”
I said, “Fox or Rabbit,
yes one of those two.
They’re both out for tricking me back today.
Both of them
are mad at me.
Rabbit is mad because I pulled
his brother’s ear
and held him up that way.
Then I ate him.
And Fox is mad because he wanted
to do those things first.”

“How long do you expect to stay?”
my wife asked them. “We need some sleep!”

They all answered at once!

That’s how my wife and I
sometimes can’t hear well!
I should have wished them all away
first thing.

Trickster stories go far back in Cree culture (as elsewhere), but the figure here has been specifically invented by storyteller Jacob Nibenegenesabe, “who lived for some ninety-four years northeast of Lake Winnipeg, Canada.” Nibenegenesabe was also a teller (achimoo) of older trickster narratives, the continuity between old & new never being in question. But the move in the Wishing Bone series is toward a rapidity of plot development & changes, plus a switch into first-person narration as a form of enactment. In the frame for these stories, the trickster figure “has found a wishbone of a snow goose who has wandered into the Swampy Cree region and been killed by a lynx. This person now has a wand of metamorphosis allowing him to wish anything into existence, himself into any situation.” Howard Norman’s method of translation, in turn, involves “first listening to the narratives over & over in the source language, then re-creating them in the same context, story, etc., if notable, ultimately to get a translation word for word.”

[Originally printed in Shaking the Pumpkin: Traditional Poetry of the Indian North Americas. The book, first published by Doubleday in 1972 & later by University of New Mexico Press in 1986 & 1992, has now been out of print for several years. The full gathering of Howard Norman’s Swampy Cree translations, The Wishing Bone Cycle: Narrative Poems from the Swampy Cree Indians, was published by Ross-Erikson Publishing, Santa Barbara, & went out of print with the demise of that press.] 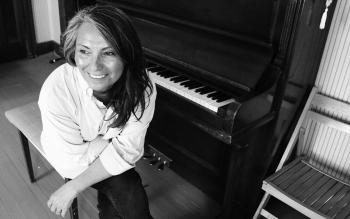 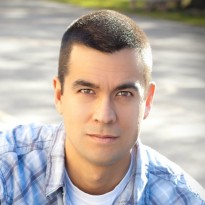